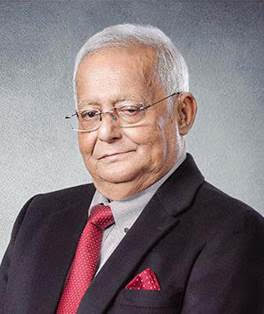 Engr AM Shaukat Ali, Director of Eastern Bank Ltd (EBL), passed away on Thursday July 30, 2020 at a hospital in Dhaka. He was 80 and had been suffering from multiple old age complications.

His namaz-e-janaza was held after Jumma prayers on Friday (July 31) at Banani Chairman Bari Masjid and he was buried at Banani graveyard.

Shaukat Ali left behind his wife, three daughters and a son, grandchildren and a host of relatives, colleagues and well-wishers to mourn his death.

EBL has launched Bangla QR Payment in its banking app EBL SKYBANKING on Wednesday, September 2, 2020. EBL is the first bank in Bangladesh to join VISA in this project.

Md. Showkat Ali Chowdhury has unanimously been re-elected as Chairman of Eastern Bank Limited (EBL) at the Board of Directors’ meeting held on August 5, 2020.